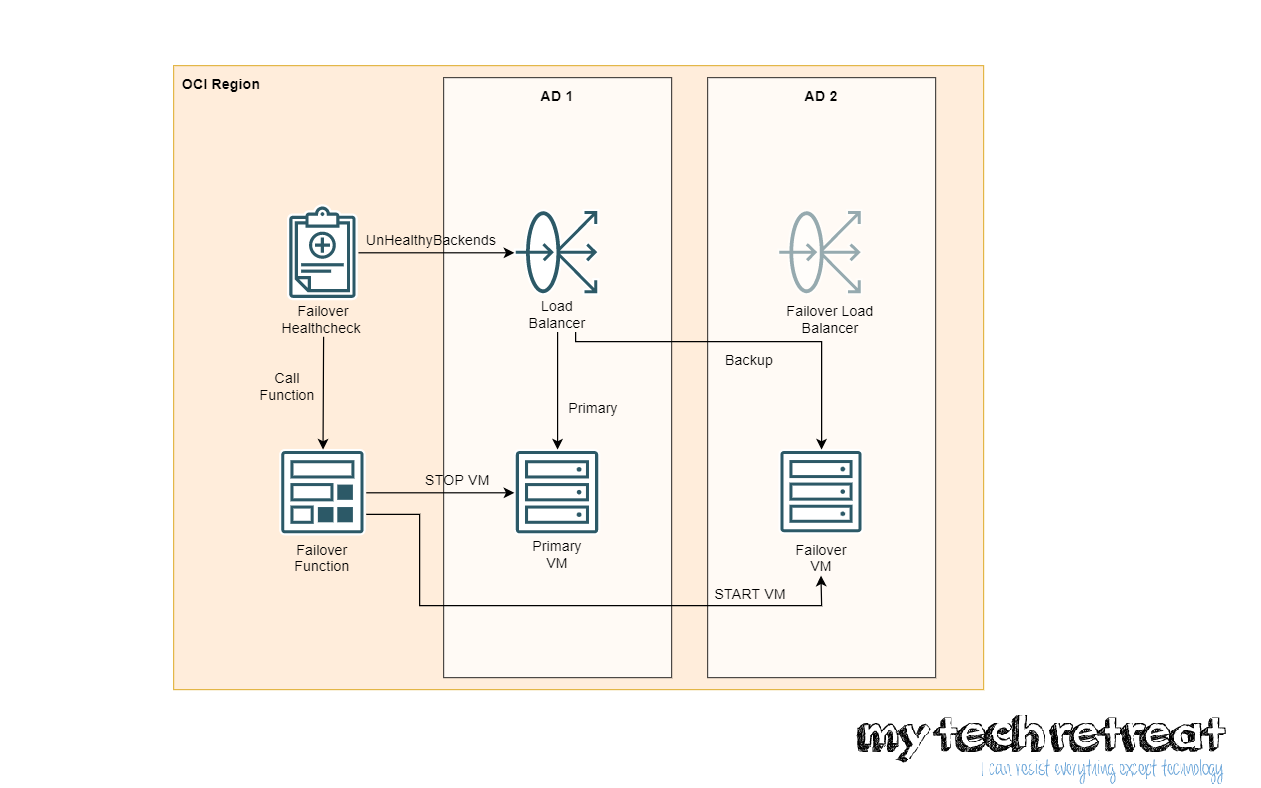 Recently I had a use case with one of my customers that sounds something like this: “I have an application running in OCI on Compute Virtual Machines. I want my application to be resilient, so I created VMs in multiple Availability Domains. I would like to have a Primary VM (in AD1) that will handle all traffic, and a Failover VM (in AD2) that will be stopped, but in case Primary VM is unhealthy – the Failover VM will be started automatically and traffic will go to the Failover instead.”

How do we do this?

Well, if the Failover VM would be in a Running state all time, the failover would be really simple – just a check in the Load Balancer as backup and that would be all.

In case the Primary VM becomes unhealthy, an alarm will trigger an OCI Function that will automatically START the Failover VM and STOP the Primary VM, if not already stopped.

Note: The creation of the Virtual Machines and the Load Balancer is excluded from this post as there is nothing specific to those steps. 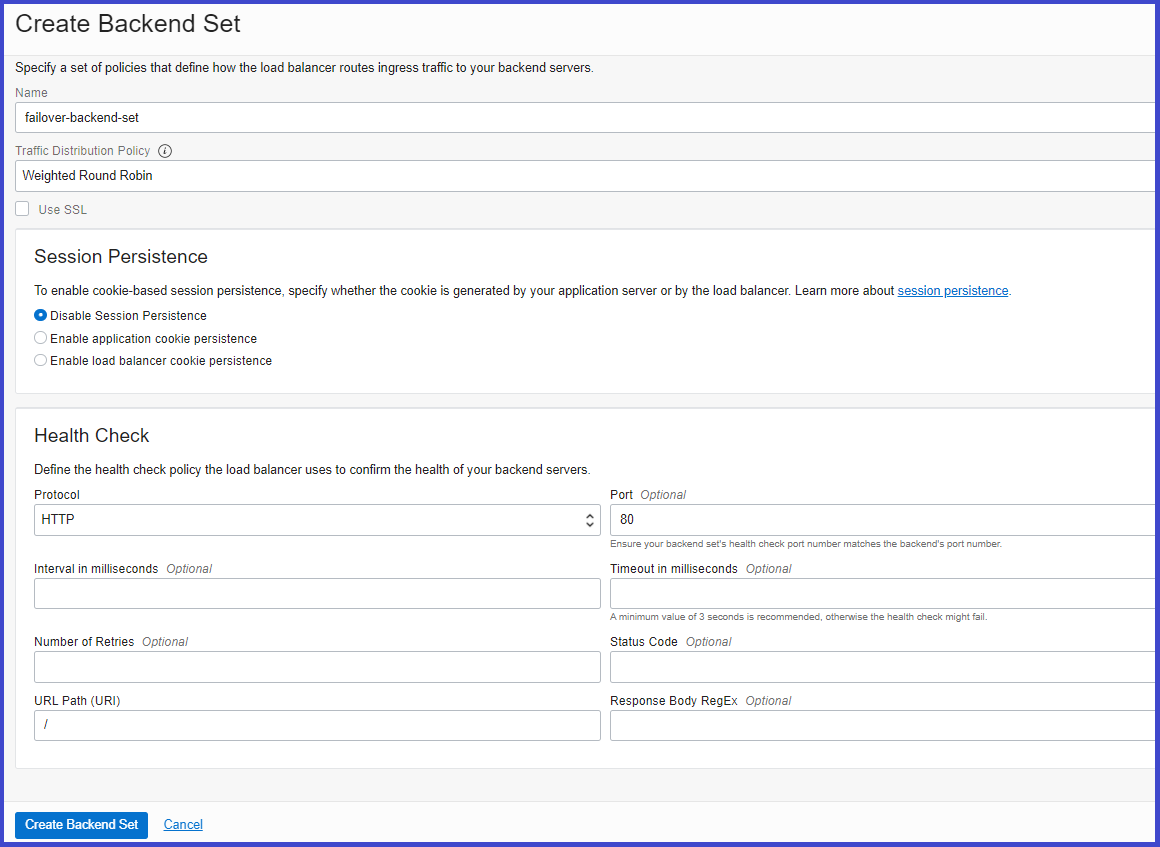 I’ll use Weighted Round Robin for Traffic Distribution Policy and HTTP Health Check on port 80, but you can configure this as you wish. 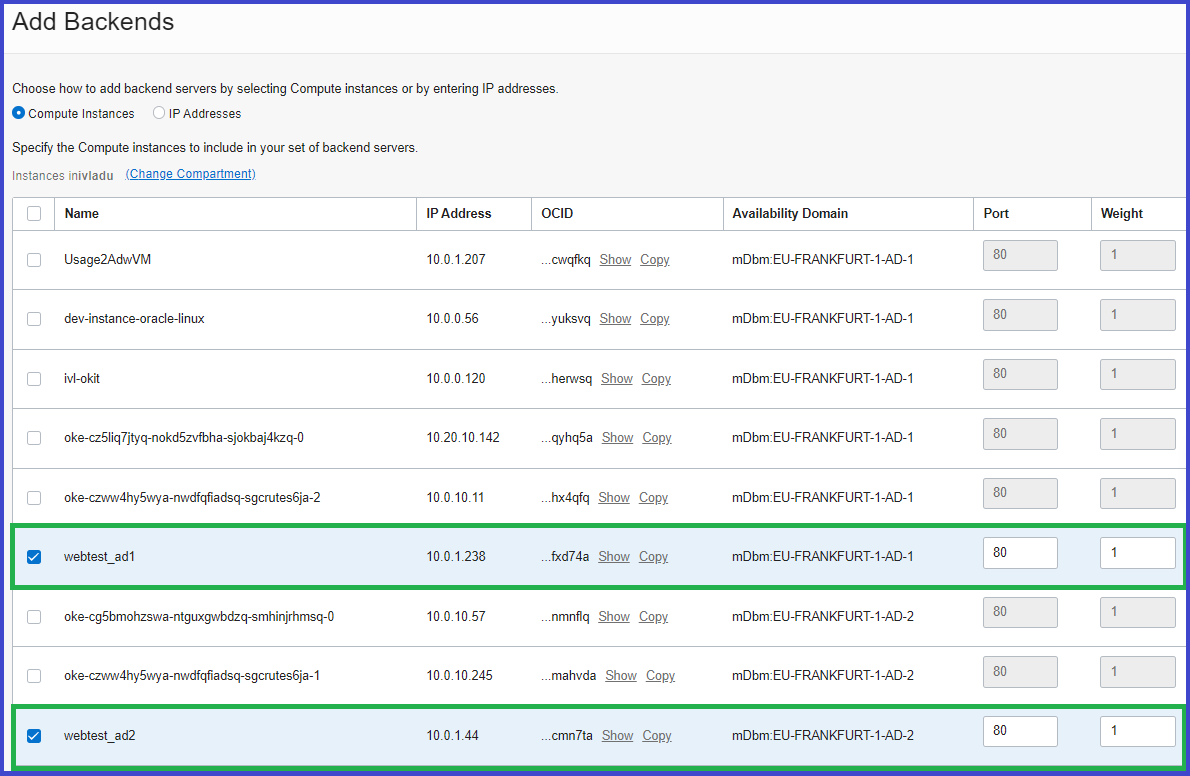 Select your backends (I have my two VMs in AD1 and AD2). You can also check “Automatically add security list rules” and then ADD 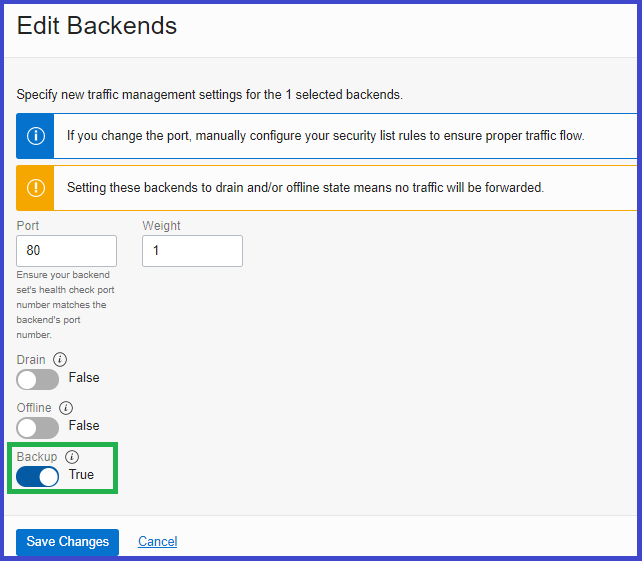 Before deploying the OCI Function, make sure you set up your environment for using Functions – follow one of the quickstart guides available (Cloud Shell is recommended).

Make sure you got all permissions necessary.

The configuration is now complete!

All traffic should go to the Primary VM under normal circumstances. In order to test the failover, there are two ways:

If a failover with almost zero downtime is needed, then the Failover VM should be up-and-running, and the Load Balancer will switch traffic automatically between primary and backup without the need of an OCI Function.

I enjoy building python scripts for…everything! I am a Cloud enthusiast and I like to keep up with technology. When I'm not behind a computer, I like taking photos -- Visit My 500px profile -- or sit back and enjoy Formula 1 race weekends. Currently, working as a Tech Cloud Specialist @ Oracle

How to get logs from OKE nodes with OCI Logging

How to archive logs in OCI for longer periods of time

How to use the OCI Python SDK to make API Calls 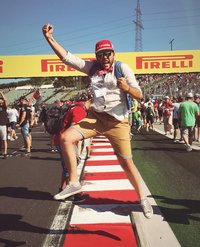 I am a Cloud enthusiast and I like to keep up with technology.
When I'm not behind a computer, I like taking photos -- Visit My 500px profile -- or sit back and enjoy Formula 1 race weekends.
Currently, working as a Technical Cloud Specialist @ Oracle

You can connect with me on